The mission of the Heyday-Sierra College Press Publishing Partnership is to produce quality books with unique and thought-provoking perspectives that examine and celebrate Sierra Nevada history, culture, science, and public policy. The works published by this partnership will strive to inspire, entertain, inform and enlighten. Our ultimate goal is to create enduring publications that make a difference.

Under the renewable agreement, Sierra College provides $75,000 to produce at least three books within a five-year period.

The partnership was approved by the Sierra College Board of Trustees in honor of retiring College Trustee Barbara Vineyard, in recognition of her 28 years of extraordinary service to Sierra College.

Heyday Books is an independent, nonprofit publisher and unique cultural institution. They promote widespread awareness and celebration of California’s many cultures, landscapes, and boundary-breaking ideas. Through their well-crafted books, public events, and innovative outreach programs they have built a vibrant community of readers, writers, and thinkers.

Heyday was founded by Malcolm Margolin in 1974 when he wrote, typeset, designed, and distributed The East Bay Out, a quirky, personal, affectionate guide to the natural history of the hills and bay shore around Berkeley and Oakland. Out of this modest first effort a major California cultural enterprise has taken shape. Heyday publishes around 25 books a year, founded two successful magazines—News from Native California and Bay Nature—and has taken a lead role in hundreds of prominent public education programs throughout the state.

Provides information about Sierra College’s extraordinary Natural History Museum and the natural history of our region and world.

Examines the fascinating history and characters of what John Muir called “The Range of Light.”

The following books were published by Sierra College Press or in collaboration with Heyday Books.

Published in 2002, Standing Guard: Telling Our Stories is a collection of oral histories from survivors of the internment camps, Japanese American veterans, and Placer County residents, recounting their experiences during the time. The Standing Guard Project received the prestigious Dr. John W. Rice Diversity Award from the California Community College Chancellor and the Foundation for California Community Colleges.

Sierra Foothills Nature Guide: A Guide to Biology and Ecology of the Sierra College Nature Trail (2004) 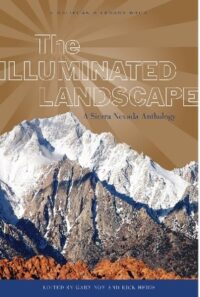 This sweeping investigation of the Sierra includes literary descriptions of the range from the earliest native cultures to the present. The selections also include contemporary accounts and descriptions from those who have recently visited and been inspired by the Sierra experience. 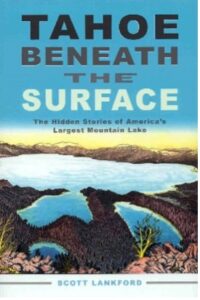 Tahoe Beneath the Surface: The Hidden Stories of America’s Largest Mountain Lake (2010)

In 2010, the Sierra College Press published Tahoe Beneath the Surface: The Hidden Stories of America’s Largest Mountain Lake. Written by Foothill College instructor and John Muir scholar Scott Lankford, it examines little-known stories of the magnificent alpine lake. Tahoe Beneath the Surface was the 2010 recipient of the Foreword Reviews Nature Book of the Year Award. 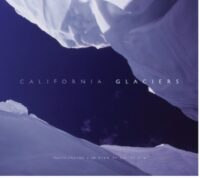 Photographs and text by Tim Palmer

California Glaciers was released in September 2012. Award-winning photographer and nature writer Tim Palmer takes us on a trek into the backcountry to experience threatened California glaciers up close, to observe the raw power of these wonders of nature, and to contemplate the impact of climate change on these disappearing marvels. 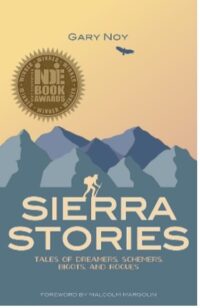 Published in 2014, Sierra Stories: Tales of Dreamers, Schemers, Bigots, and Rogues is a collection of 64 unusual or little-known stories of Sierra Nevada history, offering entertaining and informative texture and nuance to Sierra history and culture. In 2016, Sierra Stories was presented the National Gold Medal for Outstanding Regional History by the Next Generation Indie Books Awards. 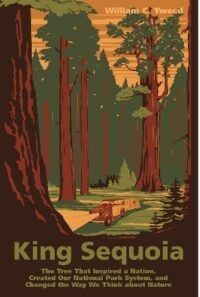 King Sequoia: The Tree That Inspired a Nation, Created Our National Park System, and Changed the Way We Think About Nature (2016)

King Sequoia was published in 2016. Naturalist and former park ranger William C. Tweed takes readers on a tour of the Big Trees in a narrative that travels deep into the Sierra, around the West, and all the way to New Zealand; and in doing so he explores the American public’s evolving relationship with the mighty sequoia. 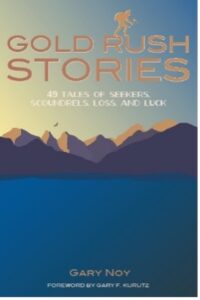 Published in 2017, Gold Rush Stories: 49 Tales of Seekers, Scoundrels, Loss, and Luck explores the deeply human stories of the California Gold Rush generation, drawing out all the brutality, tragedy, humor, and prosperity as lived by those who experienced it.Sierra Stories/Gold Rush Stories/Hellacious California

Lured by boons of gold and other exploitable resources, California’s settler population mushroomed under Mexican and early American control, and this period of rapid transformation gave rise to a freewheeling culture best epitomized by its entertainments. Hellacious California tours the rambunctious and occasionally appalling amusements of the Golden State: gambling, gun duels, knife fights, gracious dining and gluttony, prostitution, fandangos, cigars, con artistry, and the demon drink. Historian Gary Noy unearths myriad primary sources, many of which have never before been published, to spin his true tall tales that are by turns humorous and horrifying. 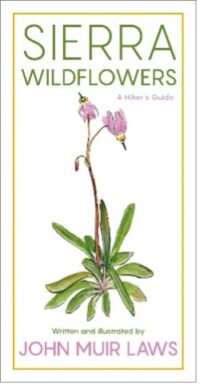 The Sierra Nevada is one of the premier wildflower destinations in California. Naturalist and best-selling John Muir Laws has adapted his painted-from-life flower illustrations from The Laws Field Guide to the Sierra Nevada into a lightweight yet durable guidebook to the area’s florae. Published in 2019, Sierra Wildflowers includes the most common species that you will encounter with fully updated common and scientific names. 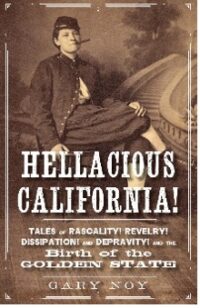 Hellacious California: Tales of Rascality, Revelry, Dissipation, and Depravity, and the Birth of the Golden State (2020) 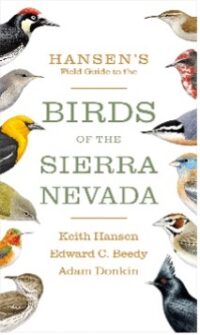 Published in 2021, Hansen’s Field Guide to the Birds of the Sierra Nevada showcases artist-naturalist Keith Hansen’s sixteen-year project to illustrate the birds of the Sierra. Paired with the stunningly detailed portraits is text informed by the three authors’ collective birding experience.

First held in 2016 as a collaboration between Sierra Writers and Sierra College, now supported by Sierra College Press, the Sierra Writers Conference is an annual event that provides inspiration, thought-provoking discussions of timely topics, access to professional writers and publishers, and writing activities for Sierra College students and the greater community through lectures, panels, workshops, and networking opportunities.

The event is typically held in February. Look for it on our Community calendar.

The Sierra Journal is an important touchstone in the history of Sierra’s students and staff. First created in the English Department by faculty and students in 1960, the publication transitioned from View-point (1960–72) to I Am (1973–75) and finally to the Sierra Journal in 1976. The publication continued annually until 2011–12. It was published online in 2012–13. Publication was suspended until it was resumed by the Sierra College Press in 2017–18.

Today, the Sierra Journal continues as an example of the typical spirit that exists at this institution. The Sierra College Press Board of Directors eagerly voted to act as a reliable and sustainable supporter of the Sierra Journal. Sierra College Press hopes to stabilize this student-produced publication, especially to free up the precious faculty time that it takes to be creative, work on submissions, vet, edit, and fine-tune the literature, photographs, and art that grace its pages—as well as design and layout the winning submissions to create a cohesive collection for publication. Copies of the entire run of this literary and arts publication can be found in the Sierra College Archives in Rocklin, CA.